Animation Station includes a heap of different genre styles, in past articles you described the sound as ‘someone flicking though TV channels,’ can you elaborate on that? Or rather, how did you come about incorporating so many styles into the album?
I guess because I am like a little kid and um I get obsessed with one thing for like a week, or I’ll hear a new thing like I discovered Beck when I was making that album, which is pretty late to the game. I discovered him and was like ‘oh my god this is awesome,’ at some stage he must have just said like fuck it, like the white boy rap thing and some funk. So I would hear something like Beck, be like COOL and be inspired and do something like that.

Yeah the 200 Days song, like funk kind of bass-line and the rapping that was a joke at first, like a Beck experiment.

The other thing is a lot of the songs on the record are quite old now, like the first song is 5 or 6 years old now. At the time I didn’t know I was putting an album together, just kind of recording stuff and my friends and mucking around while in other bands, this particular housemate was like ‘man this is cool ,you should finish it and release it’ and I was like ‘ohh yeah… shit’ so i guess thats another reason why it is so eclectic, is because its from like 20 year old Ben, then 25 year old Ben then 28 year old Ben…

Sweet. Eclectic is a cool way to describe it.

Yeah I mean its pretty strange just coming out with an album, but I just wanted to get rid of it, to put them in one place. Well not to get rid of them but to ‘be done’ with them

So it’s kind of like an outlet I guess…

Um yeah I guess the reason its like someone flipping through TV channels is because its not one genre, its all over the place really. Which I kind of like because I have a short attention span so… like I love Dark Side of the Moon and Sgt Peppers but they stick to the same thing conceptually in those albums. I couldn’t listen to a whole punk album or record, I think I would get bored. Ahh maybe I should think a bit more about what I am doing.

Haha – no what you’ve got going is great! I think it sets you apart from what everyone else is doing at the moment, like the whole album narrative that you can see bands like King Gizzard employ, is almost over done to an extent now. It’s refreshing to see a different format out there. 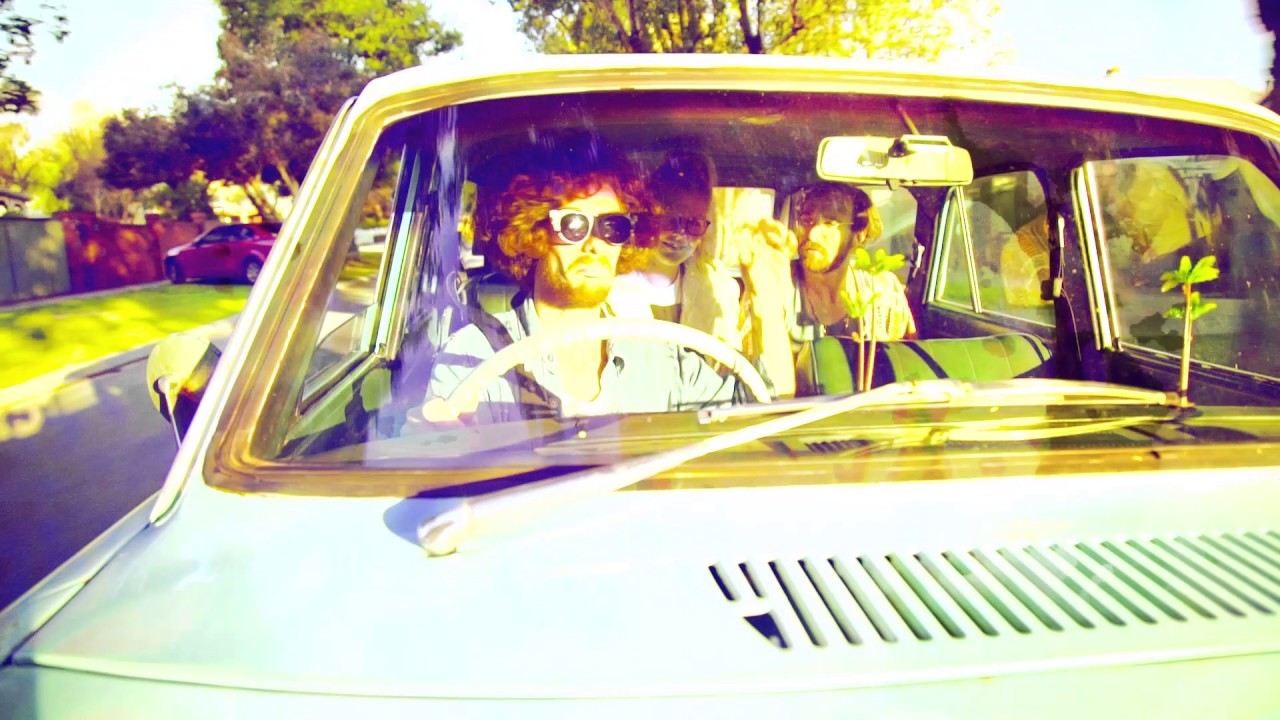 So obviously you’re in Dream Rimmy, you play for Shiny Joe, Nick Allbrook is featured on AS; Perth loves a collab. Is there any artists that stand out locally for you? That you would potentially want to collaborate with or whats one that you would like to see happen?

Good question. there is so many super talented people around town that I am lucky enough to count as my friends as well. I would like to record with people like Dylan from the Money War. At the moment he gives me advice when I’m like ‘yo, what do you think of this.’ Not so much collaborating but getting him to help pad things out, he would probably think of something that I would never dream of, like a chord progression or something and it’s cool that we can do that. I would like to record with Jay Watson, he has some fun toys. Some songs that will come out later, one features Stella Donnelly, she used to be in the band and also Ali from Dream Rimmy who features on Animation Station, it would be great to have her back and do vocals on some upcoming tracks – she has such a rad voice.

Well I try to sing like a girl, like the BeeGee’s or something but I am not a very good singer and my voice wont always work so I have to play it by ear on a daily basis and record when my voice is having a good day. So I probably end up keeping my recorded vocals there and then having some other people chiming in. It’s not more about getting the best sound but creating a choir of vocals, and Ali’s are so nice they fit in really easily to most things.

So do you have a gig highlight or a favourite venue to play?

With Human Buoy do you mean?

Just in general, your musical career.

Okay well one of them would have been, I filled in a couple festivals with Pond a few years’ ago, that was definitely a highlight. I love those guys and their songs. It was really nice and fun to do that. The first time I played in front of a lot of people was at the Astor, me and Sam who plays drums in Human Buoy. We, and Jake from Methyl Ethel used to play for a gal called Grace Woodroofe. So yeah we did the Matt Corby support tour and the first gig was at the Astor.

I saw cover Vitamin C live the other day at The Bird, its on the album too, how did that come about, why did you chose to cover that song?

I knew about that song and that band because ages ago I used to play in a band called Sun Silo Circus ages ago and we supported Damo Suzuki back in the day when he played at The Bakery with Pond as his backing back and the just improvised for an hour and that was my first introduction to CAN and Vitamin C is I guess one of their most popular songs, BUT I had kind of forgotten about it for ages and I went to Cypress with my Mum for Xmas and we watched Inherent Vice and that songs in the opening credits and I was like oh yeah! this song! this song rocks!

Its such a banger hey, it does feature on Step Up 2 so it’s got good vibes attached to it for me obviously. So to hear you play it at the Bird, that was cool.

Yeah so just from the movie, good old’ Joaquin Phoenix I think. I was originally going to do Damo’s accent but then I thought that people would think I might have been racist, which I wouldn’t have been I think its beautiful but it’s nice to make it your own. That’s actually the only song on the album that is recorded live so everyone played it at the same time together, which is cool. I feel like it had to be like that because its such a jammy song.

We had Jamie from Koi Child come and do Sax, Dave the drummer from Peter Bibby’s Dog Act, he is such a good conga player. Jamie on bass.

So who is in Human Buoy at the moment.

So its a 3 piece for now, there is Sam Marr who plays for Katy Steele and does his hand pan thing which has seen him get international coverage and my friend Steve who is playing bass. We used to play in a band together called Hunting Huxley and Dave was the drummer in that. He is an amazing guitarist and I am not as good, but good as bass so we level each other out well.

When I see you play you confuse me because I can’t even play a guitar and here you are with multiple pedals, changing all the time, your impressive, it’s cool, I dunno!? You do good.

I try and dumb it down as much as I can to make it less stressful, but once you know whats what and what does what it’s more simple. If you want it to be atmospheric *boop boop boop* put those on, if you want it to go *pinball game over machine sound* press that, if you want distortion flick that. I kind of relied on effects to hide my less than competent guitar playing in the past.
It’s working.

So you teaching music at the moment?

Sick, anything else in the works at the moment? Anything planned?

Ok well the ‘plan’ a the moment is to do an EP early next year, we have recorded 2 new songs already, one came out the beginning of the month (see above) so I want to do an EP because we can finish and release it quicker. Even though albums are much cooler. I wanna do 2 EP’s next year and release both on one vinyl at the end of the year. I fell like unless your established or got something really insane going on, people don’t generally listen to the whole album. It only really takes one good song and stuff will happen, i’m optimistic.

Wyd now?
I’m going to go home and wait for some trick or treaters and make some mulled wine, maybe dress up as Eleven from Stranger Things with the blood nose.

Did you binge watch it too? Where you up to I’m up to episode 4

Do you watch Rick and Morty

I was so stoked when they got released by Netflix, well done guys, V happy for you.