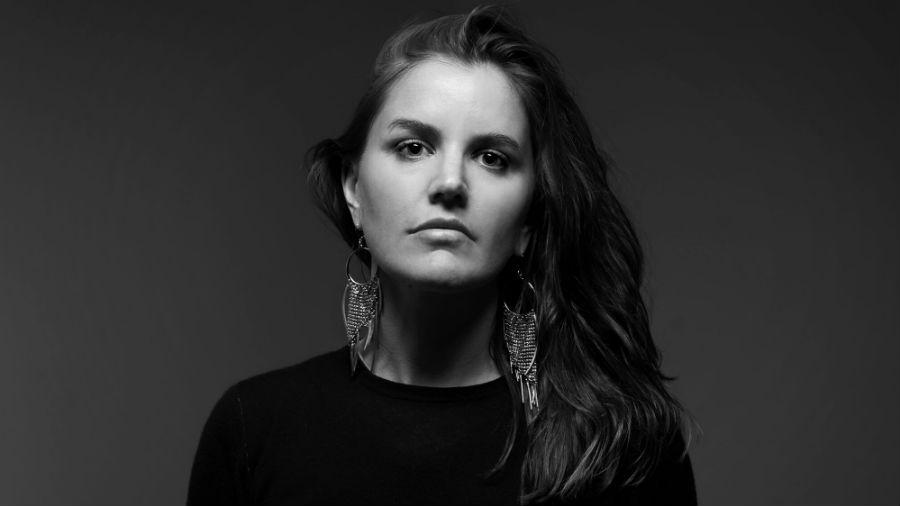 I interviewed Abbe May a while back ahead of her (then) upcoming Clam Jam shows as part of the Perth Festival. Unfortunately, I was unable to distribute it to the world back then but with her shows this week at Settlers, Jack Rabbits and her performance at the Commonwealth Games Festival on Wednesday (!), and as Johnny said, there is no time like the present so have a little peak into this honest chat we had early one summer morning.

Hello?
Hello Abbe how are you going?

Good how are you? …
*Pleasantries ensue*

Okay so, what was it like growing up in a regional town?
It was awesome, it was as beautiful beach-y town and I was fairly naive kid like I didn’t really drink til I was 18 so I had a really innocent, fun childhood down in Bunbury. It was lovely.

Haha understandable, while we’re on your childhood, I read that your mother was an English Literary teacher, do you have any book recommendations? (I am both impressed and intimidated by how quickly she responded to this cheeky question I threw in)
Yes! A really good book is called A Manual for Cleaning Women by Lucia Berlin. Let me just pull it out of my pile here – you have a pile, I love it – Haha yeah well I read a lot of books because I find its a great way to develop your writing skills and sort of exercise your brain. A Manual for Cleaning Women is a collection of short stories written by a now deceased author and its pretty fantastic and a very cleaver curation of stories. After a while you realise these characters are all various versions of the ‘self’. This book is kind of an autobiography, through short stories and I think she is one of the most amazing writers I have ever read, another great writer is Tony Morrison and she has actually won the nobel peace prize for literature, so she is very worth reading. My mother obviously was always reading and as an english literature teacher and put an emphasis on how important the physical outlet of writing could be, and I hold that in high regard, I guess I inherited that from my mother.

I noticed as well, your lyrics are quite literary based and it seems to me personally, that rather than the music taking the lead, the lyrics seem to pave the way, what is your writing process?
I come up with a beat first, I start with a drum beat and work from there. Generally the beat comes and the vocal melody follows from there and then I develop the chord structures and so on. I take it to a producer or co writer after that who can add to my creating and writing.

I read that you are working with Matt Gio, he has such a lovely energy….
Yeah he is an amazing guy and he has become a really really close friend of mine. I met him about 3 years ago and I had wanted to work with him from reccomendations with other artist, so when we eventually started working together, we started collaborating really well straight off the bat. I like his style and I like the way he shows respect to me and I find it easy to show respect to him. He generally has a different approach to things which I think is very important for a count and a co writer. I’m really interested now to see how to move ideas into spaces that I might not know ho to approach myself, so what I found with Gio is that he is not only just a lovely bloke and talented person, ,he also has a lot of talents that I don’t have, so I really enjoyed working with him and I think that we have made my favourite album to date.

I love the title..
Thank you!

So you said before, Matt treats you a certain way, or rather, he respects you. I know that this topic seems like a bit of a ‘trendy’ thing to discuss but what are your thoughts on the whole, feminist wave movement that shouldn’t really be a labeled as a trend at all but rather a current evaluation of an ongoing process, do you have any commentary on women and their voices at the moment?
I think it has definitely come to the foreground of attention in the past couple of months, especially with the Harvey Weinstein revelation and I think that movements like “MeToo,” these notions are powerful in terms of showing family and friends that we have all had these experiences of sexual assault and recognition is a fundamental element of progressive change. I actually sat back and watched it (Weinstein) unfold and a couple days later it kind of just all came to me, the thing about assault and the abuse that women have had to and have to face in society, it becomes so commonplace that you forget that its not actually normal for a man to put his hand up your skirt at a bar, that it’s not normal to feel unsafe in a public space just because some man with toxic masculinity has decided that he wants to verbally, sexually harass you, it’s not normal. It’s an interesting thing that has brought to attention these things are not okay, and I think prior to these past months of movements and marches, much more public discussion between what is acceptable with regards to treatment of women was needed. Rather than it being something that highlights humanities downfalls or a fad movement, I think its really incredibly powerful and I think we are seeing a huge change and I think that it’s really fucking cool.

A m a z i n g response. Do you have any advice for young women? You know girls that are looking to create something and not really sure where to start?
I think that for anybody who wants to create, it’s really important to do it because you want to get better at your art rather than because you want to be powerful, famous or rich. It is an incredibly difficult field to make money in – music. Fame and hype are fairly short lived and I think you should focus early on developing your art and your calibre, so do it for the right reasons and everything should flow, that is my primary advice to young artists.

I also read that at one time in your past life you experienced a seizure that was related to your mental health. In my eyes mental health is so important and sometimes overlooked in the current day and age, how do you now manage this part of your life? What changed for you from then and what are some perspectives on mental health?
Um I hadn’t really thought much about my mental health up to that point. After that I personally had tremendous difficulties with mental health. I went from being really strong and healthy and generally just quite productive to being riddled with anxiety, crushed with depression. There was a connection between the physicality and the mentality and I went from being really strong and capable to virtually being unable to leave my house for seven days, I wasn’t able to order coffee I had massive anxiety around noise and people and once I started to have the dark thoughts, I told my mum and doctor. My Dr. was amazing and found me a great psychologist and I am really lucky in that my mental health issues were able to be cured through years of therapy, good nutrition and exercise. I still have minute elements of physical anxiety but my head space is really good now. I think that some people do need to be medicated, it’s important for me to not use medication, but I think for some people it is important so I feel people should talk to their doctor about stuff if they feel something is out of whack. That said, I am glad that something did happen because I have ended up in a space where I have much more perspective about what is important, I am a much better friend, sister, daughter, Aunty … I’m a much more higher functioning human being since experiencing that, so sometimes a little breakdown a, breakthrough rather, is a good thing. I wouldn’t wish it didnt happen, as intense as it was, I got through with a little help from my family and friends and especially my doctor. It’s the same as having a broken leg, if something is wrong, you work to fix it and mental health is the same as any other ailment, it just needs to be addressed.

I just wanted to thank you for being one of the people to realise that there is more to everything than our own perspective Abbe and for being an amazing role model for young women in the music industry. So thank you.
Thank you Brooke! Look forward to seeing you out there.